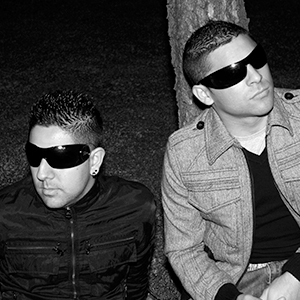 It’s at the end of 2007 when this project was born and where musical career begins as a group of these two DJs producers. Four Motion becomes part of the scene breaks in Andalucía, performing at the biggest festivals breaks as « Summer Festival », « Winter Festival », « Floridance », « White Hot Music », « Cold Black Music », « Animal Karnival », « Bass presure » and much more.

By the way, adds a lot of national and international artists with the class that shares Four Motion cabin as Adam freeland, Dirtyphonics, Krufty Kufts, Far Too Loud, Stanton Warriors, plumps DJs, Freq Nasty, Atomic Hooligans, The Method glass, Hibryd … Among many others.

This is the year 2010 when Four Motion decides to start a new stage musical, so he decides to be promoted to higher levels and more ceñidas. Lideres influences and creators of the most innovative group in Andalucía, « The Next Sound ». With a personal style based on the staging and delivery in their sets, Four Motion is defined in two words … « Pure Energy ». Influenced by artists like STANTON WARRIORS, FIXX, NAPT, BEAT ASSASINS, KEITH MACKENZEI, Electrixx, etc … and advised by a multitude of top DJs and producers nationwide. The combined electronic sounds with funky bases and higher melodies are the main production bases of this group from Jerez.