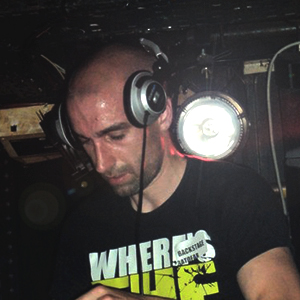 DJ Red Noze is born in 1982. He discovered a passion for music and started playing piano at the age of six. He performed his first concert in the “Cité de la Musique” (Paris) at fourteen and, two years later, discovered Belgium and “La Bush”, a major club deejayed by “Mister George’s”.

This was a significant turning point that introduced him to the electronic music world.

A month later, he got his first turntables and gave mixing a try. The following years, he roamed the roads and made endless rave parties, from which he drew most of his musical influences.

His meeting with Cheperkat changed his life: a duet was born. From this, they turned towards the same goal: music production fed by the techno wave with artists such as Dave Clark that Red Noze still refers to as a model. Then, many projects came true after they met Beny One, Eska, Waner (WAF radio – Mosquito Massalla) and Jess aka Cheapset with whom they founded “Keep-on Smiling Crew” in order to organize many events in Paris like the “Red line” and the famous “Beat The Bank” parties.

He has played with: