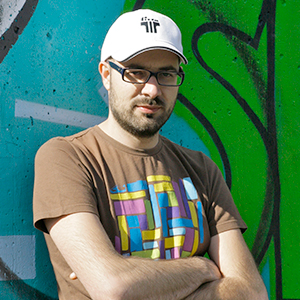 After several years of producing songs infront of his compy, Kid Panel kickstarted his DJ carrier in 2007 by spinning together with DJ Metha from the local international-star-inviter organization, Breakbeat Massive.

Meanwhile, joining Feel The Funk Baby!, and playing all around in the underground clubs of the capital as well as of Hungary, he has already supported for Koma & Bones, Sam Hell or BadboE. His first 12” release has come out on BigM Productions under the name Nynfus Corporation, a project called to life by DJ Vida G, Clairvo and him.

He has got releases and remixes on V.I.M Records, Breaks.sk, Houserecordings and there’re singles and EP’s in the pipeline, waiting to be released in 2012 on labels such as Diablo Loco Records, The Pooty Club, Distorsion Records, Divergence Recordings, Hard & Hits.