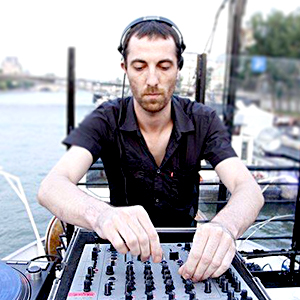 1999, Iz Carter fell in love with turntables. He’s been inspired since 1995 by electronic music distilled on FM radios, he gradually improves and builds, with a lot of care, his vinyls collection through the years.

His influences are various, his selections are delicate, sometimes out of touch with reality but always refined make him be a Dj who can’t keep his hands off anything. Living at Moderne Bastille from 2003 to 2005, it’s one year later that he became the artistic manager of Moka Paris and created the team “ la Communauté du Son” (the Community of Sound).

Every month and for 2 years, he organizes every weeks a guest-session in order to make other Dj artists be known by a sensible audience. Designer or producer, Iz Carter is everywhere. He can also be heard at the crossroads of real and virtual world behind the music player on Second Life… Invited by radio stations such as Paris-one, Be.radio, Dark FM and iBreaks, he always surprises with his musical orientation. From Deep to Tech-house, from Breakbeat to Jungle… He doesn’t care the style if it has the groove.

He played next to artists from Belgium and French stage like Blast, BustaXxX [LVO], DJ Go, Miss Marilyne, Eric De Page, Popof, Jérôme Zambino or even Senix and keeps on producing himself very often in France.