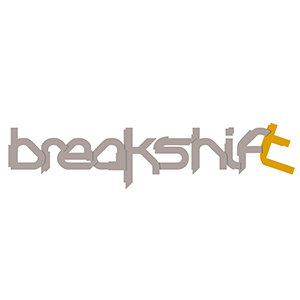 Hand in hand with the emergence of the Liquid sound comes a new addition to the sexier younger sister of drum n bass. The Breakshift duo slip seemlessly through the gears of the liquid sound, mixing the deep with the suitably energetic.

The partnership was set in motion against the monotonous, mundane backdrop of Irish commercial radio and club scene. The stage was set for something fresh, new and innovative. Musically there was an only one ingrediant missing, something when added would set in motion these two lads from Dublin’s fair city. » In strolled Liquid Funk, and out strolled Breakshift. «

The pair were drawn into collaboration by the desire to broadcast this new sound to the growing army of followers of this suede sound. Armed with their debut album « All The Dreams You Never Had », we can expect knocks on the doors of industry heavyweights and music lovers alike – a simple formula which boasts the raising of eyebrows, roofs and spirits in equal measure.

All The Dreams You Never Had