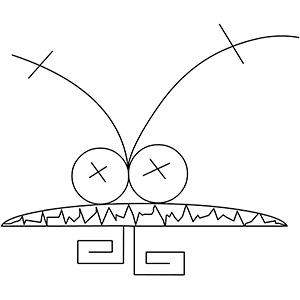 Alexander Shenrog’s first interest to music showed at a teenage period at a time when he had lived in New York, USA. At the age of 16 he started playing a guitar and drum set.

In two years after that he started mastering music software and had created his first electronic musical composition named « Kids ». After his return to Tbilisi, Alexander Shenrog took a great interest in DJ-ing.

At that time, DJ Garibov (aka Crazy) and DJ Dark were the only two leading and famous DJs in Georgia.

Being a very committed person, Alexander reached the same level of professionalism and excellence as leaders of Georgian DJ-ing. At the age of 21 he started getting job offers from leading night clubs of Georgia, such as Tropicana, Catacombs and Streptocid.

Alexander Shenrog was only 22 when he became a resident of one of the best night clubs of Tbilisi, « Ajara Music Hall », and then Tunnel, Night Office, Tiflis Club.

One of his popular compositions, named “Club ge_music hall”, was dedicated to Music Hall.

In 2003 Alexander finishes his album – “We were both drunk”, which is fully available on Soundcloud

In 2005 Alexander Shenrog together with DJ Alex opened the first school for beginning DJs in Georgia and named it “Alex&Alex”. Being very familiar with number of popular music software such as; E-jay, Fruity Loops, ReBirth, Reason, Sound Forge and Cubase SX, as well as being a true professional of « Mixing » technique, Alexander Shenrog started to teach a new generation and familiarize his students with a modern club-culture.

Only in one year “Alex&Alex” became a very popular place for those who wanted to become DJs. Students were getting wide range of knowledge from mixing Vinyl and CDs to creation of own tracks using audio-mixing software. Among tens of beginning DJs who got through “Alex&Alex” was DJ GarunoFF (aka DJ Sever), who lately acquired a good reputation in Georgia and Germany.

In 2006 Alexander Shenrog started to work as an Audio Production Manager at “Radio One-Tbilisi”. In production studio his responsibilities were: mixing and mastering of audio materials of different level of complexity, creating of new signature tunes for radio shows. He also carried out a full replacement of the old and created brand new theme songs for “Radio One-Tbilisi”, which significantly increased the rating of the station.

In the same year Alexander Shenrog & DJ K.I.L.O created a Break-beat remix to one of Nine inch Nail songs, which is available on Soundcloud.

Partnership of Alexander Shenrog and DJ K.I.L.O resulted in new live-show named « Sound Out ». The show consisted of three one-hour life-sets which were broadcasted on live streaming website radioone.ge and on TV Channel “Stereo One”. This positively influenced not only the rating of radio station but also a TV Channel. The participants of the show included young talented DJs from Georgia as well as top DJs from Georgia, UK, Turkey and Germany. At the prime-time periods number of users of the internet life-stream channel was reaching more than 5000 people. Some parts of the show are available at sound-out.promodj.ru

Beginning from 2005 Alexander Shenrog was frequently invited to Georgian sea and mountain resorts where he had a chance to present his new tracks and remixes. His shows were always very successful. In Alexander’s sets, one can always hear many musical styles such as Vocal House, Deep House, Tech house, Progressive House, Minimal Tehno, Breakbeat, Chill Out, etc.

One of his particularly successful shows took place in 2009, when he was invited to motor-show Red Bull X-Fighters Exhibition Tour 2009. More than 150,000 people were delighted with Motor-Show accompanied by Alexander’s Break-beat set.